I also like to think that I’m a strong enough person not to take little things out of context or perspective and let them affect me the way some things have done recently. Apparently I am not that strong. 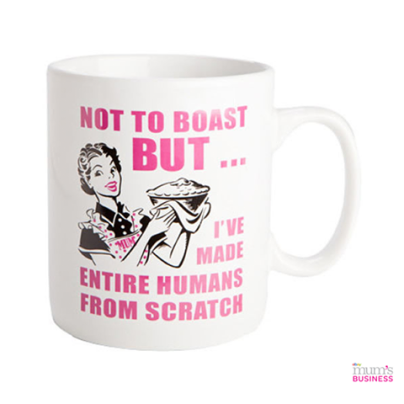 This picture, shared by a pregnant friend on Facebook yesterday, was enough to reduce me to tears. Yes, I’ve made a human from scratch too. But it must have been a fluke, because I haven’t been able to do it again. And no matter how far down the road we’ve come, no matter how much I’ve convinced myself I don’t want another baby, this kind of stuff still hits me right in the chest.

There’s another friend of ours who would have seen this. A friend who has tried for years and upteen IVF attempts later still hasn’t been able to have the baby she’s wanted so badly. I wonder if she felt the same when she saw it. I wonder if it tore her apart inside, this blatant rubbing-in-the-face of how clever she is to be growing humans.

Of course, that is not  how it was meant. There is not a mean bone in this friend’s body. But that is how I took it. That is how it made me feel. My BFF said she also thought it was insensitive. Which made me feel a little bit better, like maybe I wasn’t completely emotional and over reacting.

And I thought back to when I was pregnant with Nick, and I distinctly remember sharing on FB…”I grew a lung today, what did you do?” I wonder now, if that post made any of my friends feel awful. I also realised that until you have walked in someone else’s shoes, you can’t truly be sensitive to their feelings.

People who are criticising the ALS ice bucket challenge have obviously never watched someone deteriorate so quickly and die far too soon before their time from this terrible disease.

People who say kids with ADHD just have bad parents or bad diets have obviously never gone through, or had someone close go through a diagnosis of ADHD.

I think as a race, empathy is one thing humans sorely lack. On the (long) list of characteristics I want my son to have, I want to instill in him, empathy hovers somewhere around the top. Along with compassion and humility. I like to think I’m sensitive to other peoples feelings. But perhaps I’m just (too) sensitive.

Linking up with Grace for Flog Yo’ Blog Friday, because it’s been a while!

9 thoughts on “Sensitivity Towards Others”