While I was trying to figure out what to blog about, I jumped on news.com.au. It’s just a habit I have, like opening Google Chrome and clicking on the “Facebook” favourite icon even though I went online to look up a recipe. Anyway, I went to the news site, and after scoffing about everything they consider “news” (It’s 4 years since Tiger Woods was caught cheating – who gives a fuck?! Move on!) I found an article I thought might help me.

“Three-step guide to figure out what you were born to do.” I thought this could give me some direction. I know the job I do now, the real one that helps pays the bills, is something I can do, it’s something I am ok at, but I also know that it is not what I was born to do.

Ironically, one of the older gentlemen I work with said to me yesterday, “I never did anything I really wanted to.” There was so much regret in his voice. He talked about how he would love to be a travel photographer, traveling the world doing landscape photography and shooting wildlife (with the camera, not a rifle). It got me thinking about me, 25 years from now. Would I still be in this same job? Would I be saying I never did anything I really wanted to do? 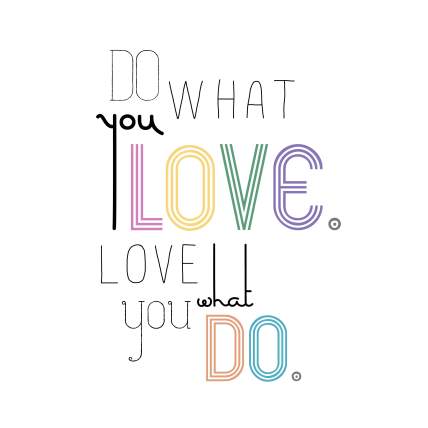 This three-step guide seems pretty basic. Step 1, figure out what you love doing. Not just what you’re GOOD at doing, but what you LOVE doing. Then, step 2, write a list of things you HATE doing. I guess we’re going through a process of elimination here. Step 3 is to ask yourself a series of questions.

1. Even if you didn’t get paid a cent for it, would you still do this?

2. Would doing this inspire you ever day?

3. Does this come as naturally to you as breathing?

4. Do you feel you’ve been given a special gift to do this?

5. Does time seem to fly by when you’re engaged in this activity?

6. Can you possibly make money doing this?

If you can find an activity in which you answer yes to all of these questions…then baby you were born to do it!

Realistically speaking, I’m not sure how people in their 30s or 40s are going to be able to walk away from what they are doing, that pays the bills and puts food on the table, to pursue these dreams. But the lesson I learned yesterday is that you have to try and find a way to. 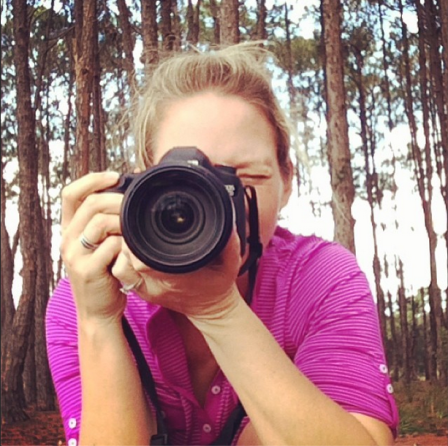 There are two things that came to mind for me, going through this process. The first is photography. The second was a subject I took a class in while doing my graduate certificate in business. Again, ironically, I’ve recently looked into applying for my masters degree in this subject. I feel like next year could be a transitional  year for me. Hopefully into something bigger and better that means I don’t have to wake up every day and ask, “Is this REALLY what I’m doing with my life?”

What are you doing with your life? Do you feel like it’s what you were born to do?

Linking up with Jess for IBOT!

It seems calling a journalist a blogger is like calling an Aussie a Kiwi. You’re far safer to just not do it. Once in a while, someone gets a bee in their bonnet about a label. Whether it’s the SAHM v WM debate, or the “bloggers-aren’t-journalists-aren’t-bloggers” debate, I guess people just need something to talk about. And actually, I do need something to talk about, because , writer’s block is killing me!

I do feel like I’m semi-qualified to comment on this debate, seeing as though I have a degree in journalism, and I have a blog. I actually had a “journal” on LiveJournal and a diary on DiaryLand back before wordpress or blogspot even existed. Granted, I have never written for any publication outside of my university newspaper and the last time I did that was circa 2000. I know media has changed drastically since then. Life has changed drastically since then. Industries have a way of evolving, growing, expanding in directions people don’t expect or anticipate. The media industry is certainly not exempt from that, if anything it may be more susceptible.

Allison Lee, over at The Punch (journalism in its absolute loosest form) has written a piece titled Blogging and Journalism. Not The Same Thing. I’ve read the article. It has stats and figures from a study in it. It’s journalisty. She doesn’t slander bloggers or blogging, she doesn’t, in my opinion, make it sound like she thinks either one is superior. She may make a couple of generalizations about bloggers based on this study (of which there is no reference to how many bloggers were surveyed), but I felt the general point she was trying to make is that blogging and journalism are different. Neither one better, just simply different. And neither one is going away any time soon.

In rebuttal to that piece is Anna Spargo-Ryan, a blogger who says journos and bloggers aren’t as different as we think. Anna has taken Allison’s piece a bit more to heart than I did and argues that bloggers are just as capable of being journalists as journalists are. And, perhaps to the surprise of journos, bloggers do actually care about and are as qualified to write about, current affairs.

I know, opinions are like assholes, we all have one. And lets face it, ours are the only ones that don’t stink. Now there’s a sentence I’m not sure a journo would get away with, but as a blogger, I can use words like asshole. That in itself makes a massive difference between journalism and blogging. I digress.

I think the definition of” journalist” and the definition of “blogger” is very different. More than that, I think it should be different. I could give you Oxford’s definition of each (has blogger made its way into the OED yet?), but I’ll go one step better and give you mine! A journalist typically gathers facts, in an unbiased fashion, to report newsworthy events to a reader/listener base. A blogger typically interprets facts, in an often-biased fashion, to report events that may or may not be newsworthy to his or her reader base. And they can use fowl language. They can also write about whatever the hell they want to. Journos are assigned stories. In my incredibly limited experience with blogging/bloggers, my guess would be that more of them identify with writers than journalists (yes, there’s a big difference there, too!).

Anna didn’t like Allison alluding to the fact that bloggers only blog about what is going on at the kitchen sink. What I love about bloggers is that they can take something that happens at the kitchen sink and make it a laugh-out-loud story. Something no journalist has ever been able to do with a story out of Canberra. With the exception of that guy on channel 7 who does the weekly political re-cap. He’s quite funny.

I don’t think anyone is saying bloggers can’t report about current affairs and no one is saying journos can’t blog. The very simple bottom line is that blogging is not journalism, and journalism is not blogging. It doesn’t mean they can’t both exist in the same media-driven world. I read news sites because I like to know a little bit about what is going on in the world. I read blogs because I like to identify with other mothers and women who have funny anecdotes, passionate opinions or tragic stories (or a bit of everything).

The truth, for me, is that as a blogger with a journalism degree, I most often feel like neither. I am just a person, who sometimes writes, in a minute (my-newt) part of the interwebs, recording letters to my son, opinions about things I feel passionate about, or just a general bunch of drivel because I have nothing important to say. There are some fantastic bloggers. There are some fantastic journos. There are also some very average ones. It shouldn’t matter what your label is, what you write about, who you write to or who you write for. “Blogger” is not a dirty word. “Journalist” is not an elitist word. Let’s try not to take anything too seriously or too personally, and maybe we’ll all get along just fine.

Why are interviews so stressful and nerve wracking? It is just 2 (or in this case 3) people sitting around talking about a job, what skills you have, trying to learn a bit more about you (and you about the job). But there’s so much pressure. Only there’s not, it’s only pressure you put on yourSELF. Oh how I wish I was a confident and assertive person. I can be. Almost any time except in interviews.

I should have just kept my mouth shut and not told anyone about the interview. When you don’t tell people, they can’t ask how you went, and you don’t have to say, “I blew it.”

I said “um” and “yeah” a lot and didn’t give very detailed answers to the questions. I had 5 minutes to think about the questions, they gave them to me when I got there, but it was not enough time. When have you showed initiative in your job? Why do you want this job? What experience do you have with databases? Mailing consent forms is a responsibility of the position, how would you manage that? How do you keep organised in a busy office environment? What do you think are important components of a client database? How do you like to be given direction from your manager? What was the biggest contribution you made to your previous workplace?

I have such fantastic answers for all of them. But they didn’t hear any of them. I froze.

“Do you have any questions for us?” I hate this one. I hate it, because once I’ve left I think of 10 questions, but on the spot I can’t think of one. I felt like it was rushed, like they’d have no idea who I was if they saw me again, like they didn’t ask any questions that really gave me an opportunity to talk and show who I am. Though I suppose they did, I just didn’t take them and turn the answer in to that.

They’ll make a decision by Friday, but I won’t expect a call, and I’ll try with all my might not to get my hopes up that maybe I did better than I am thinking. I’m sure someone went in there, knew exactly what they were talking about and blew them away.

So now I have the post-blown-interview blues. I need to snap out of it. It’s just that it is so hard to get an INTERVIEW let alone a JOB and I had my foot in the door, and I couldn’t fake it til I made it at all. I laid down and played dead. So now it’s back to the drawing board, trying to find something else that has perfect school-friendly hours with weekends off.

The positive? I have a job, so I’m not (yet) desperate for another. I guess that’s something to be thankful for.